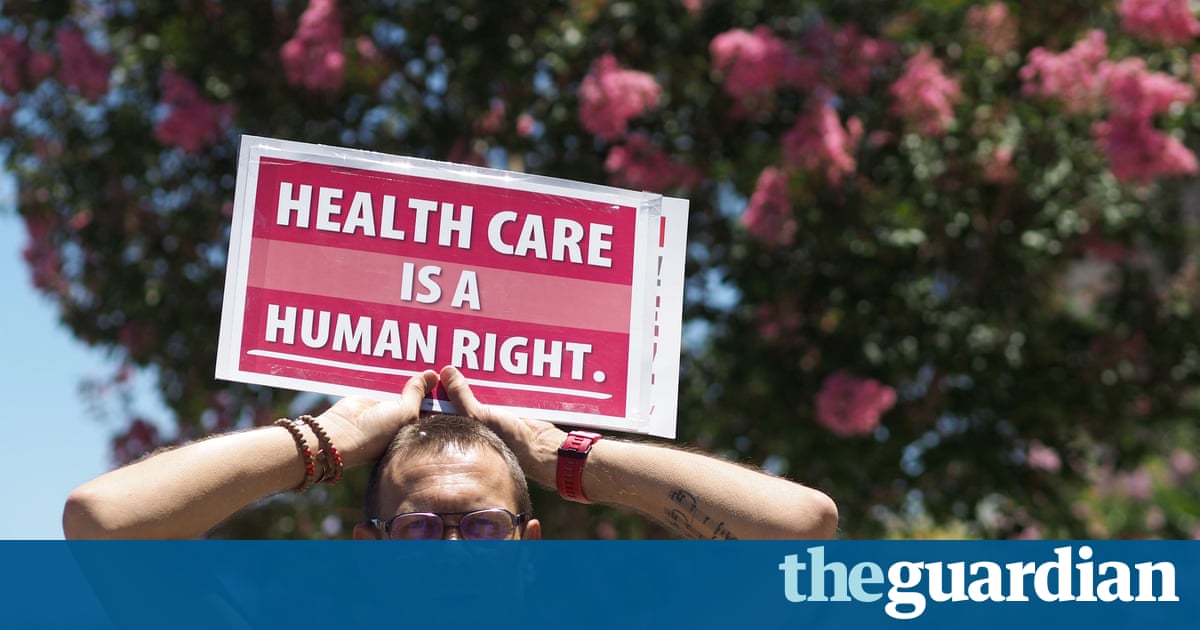 Speaking to opponents of universal healthcare in the US today is much like speaking to a moon-landing denier or any other conspiracy theorist they insist on arguing impossibility in the face of proven reality.

As Bernie Sanders, Kamala Harris and 15 other senators release details of their universal healthcare bill one that guarantees access to healthcare for all Americans while simultaneously creating cost savings there will be many healthcare conspiracists claiming that such a plan is infeasible. So as we consider these arguments in the coming weeks, we must always be prepared to make sure they pass the look! test.

That is, when someone argues that something cannot be done, we neednt argue. Rather, we simply need to point and say: Look!

These medical conspiracists claim that such a system would be impractical, overly expensive, or provide inferior care. But to make these claims in the face of obvious proof is laughable.

If Canada is able to provide coverage for each of its citizens from birth to death, with no out-of-pocket-costs to any of them, all the while providing high-quality care with excellent patient outcomes at half the cost of our system, it is unacceptable to say that we somehow cannot.

Real people living in other countries are currently enjoying these systems. They can change jobs without fear of losing access to their diabetes medications. They can go jogging without worry that one slip and broken bone would send their families into bankruptcy. They can go to their doctor never questioning that, at the end of the day, she has any incentive to do anything but make them better.

So how could one be so bold as to deny this reality?

The truth is that nobody is content with our current healthcare system. We do poorly when it comes to access to care and equity, administrative efficiency and cost containment, as well as basic health outcomes.

We pay more than double what other countries do, and get worse results. Our life expectancies are shorter than any other developed nation. Children die in the US unlike in any other modern society. Medical bills are the leading cause of bankruptcy in the US. Our overspending in healthcare directly limits what we can do with defence, education and infrastructure.

Yet when it comes to talk of change, people become skittish. Doctors become scared that change would mean lower incomes. Patients fear longer wait times and loss of access to services.

The fear of losing the small benefits we currently enjoy is prohibiting us from enjoying far greater ones at half the cost. Its as if were so scared of losing our crumbs that we are ignoring the entire loaf sitting within reach.

We need to learn to trust our eyes and ears and be suspicious of the naysayers fearmongering us away from something better. We can, and should, argue about the precise form our system will take the USs universal healthcare system will almost certainly have a different flavour than, say, Frances but we can no longer accept that such a system is impossible.

Importantly, we should never forget the stakes. Real Americans are going through real pain every day. I have seen a patient come to my emergency room stating: They diagnosed me with cancer but said they couldnt see me because I have no insurance. I have nowhere to go.

I have seen a patient having a florid heart attack walk out against medical advice stating, Thanks doc, but my brother went through this and lost his house. Im gonna go. And I have heard many well-insured patients say I hear you and you seem nice, but all you doctors want to do is make money off me, so I dont know who to trust.

To experience all this while knowing that something better is already out there is simply unacceptable.

Those who deny the plausibility of a universal healthcare system are inevitably the same people who stand to benefit most from our current system. They can argue up, down, left and right, but ultimately they can never pass the look! test. The next time they try to claim that universal health care would be impossible in the US, point them to footage of Neil Armstrong bouncing on the moon and dare them to deny reality. A universal healthcare system is not only possible here, but long overdue.