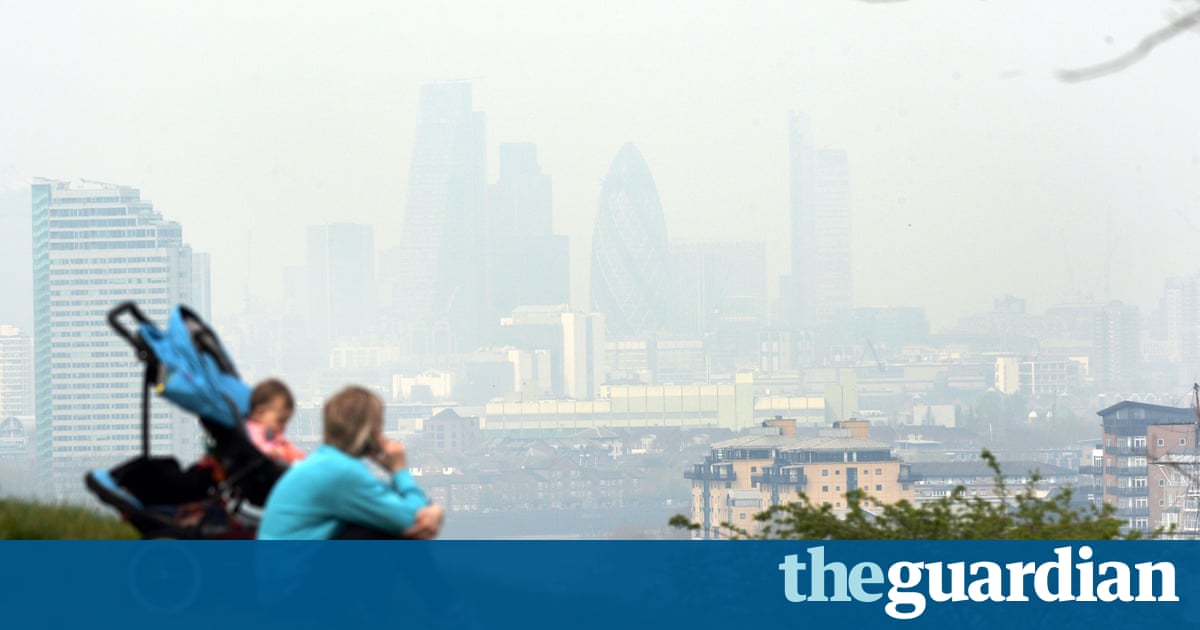 The UK government is flouting its duty to protect the lives and health of its citizens from illegal and dangerous levels of air pollution, according to the UNs special rapporteur on human rights related to toxic waste.

Baskut Tuncak issued his warning after a fact-finding mission to the UK in January at the invitation of the government in a report that has been shared exclusively with the Guardian before it is presented to the UN human rights council this week.

Air pollution continues to plague the UK, he said. I am alarmed that despite repeated judicial instruction, the UK government continues to flout its duty to ensure adequate air quality and protect the rights to life and health of its citizens. It has violated its obligations.

Such harsh international criticism will be embarrassing for the government, whose air pollution plans have already been ruled illegally poor twice. The latest plan forced by the courts was released in July but condemned as woefully inadequate by city leaders and inexcusable by doctors.

Air pollution causes an estimated 40,000 early deaths every year in Britain and was declared a public health emergency by MPs in 2016. Air pollution is worst overall in London, but many other places have illegal levels of nitrogen dioxide emitted by diesel vehicles, such as Leeds, Birmingham, Bournemouth and Northampton. Ipswich has higher levels of particulate matter than London.

London breached its nominal annual air pollution limits five days into 2017 at Brixton Road in south London. Other known pollution hotspots in the capital include Putney High Street in west London, Oxford Street, Kings Road in Chelsea and the Strand.

In his report for the UN, Tuncak assessed how well the UK protects human rights that are infringed by pollution, such as the rights to life, health and safe housing.

Vulnerable groups were worst affected by air pollution, he said: Children, older persons and people with pre-existing health conditions are at grave risk of mortality, morbidity and disability, with magnified risks among the poor and minorities.

A government spokeswoman said Brexit represented an opportunity to improve the UKs air quality standards. EU policies, from the common agricultural policy to vehicle emissions tests, have damaged the environment. Our 3bn air quality plan will address the dirty air caused by the EUs failed testing regime, and in ending the sale of new diesel and petrol cars by 2040, the UK is more ambitious than most EU member states including Germany.

We now have an opportunity to deliver a green Brexit, ensuring the UK is a global leader in environmental protection, she said.

Anna Heslop, at ClientEarth, the lawyers who have twice defeated the government on air quality standards, said: This damning report with regard to air pollution is unsurprising but no less shocking for that. The UK has illegal levels of air pollution and successive governments have fought us in the courts rather than tackling it effectively.

We are glad the report says the government must listen to the experts, including its own, and develop a national network of clean air zones to keep the worst polluting vehicles out of the most polluted areas of our towns and cities. This should happen as soon as possible.

Tuncak also warned of the risk that fracking, soon to start in Lancashire, poses to safe water. UK regulations on fracking are complex, split between several regulators and do not appear to be sufficiently stringent, he said. Fragmented policymaking allows for loopholes.

All the UKs environmental regulators have suffered due to budget cuts, he found: The decreasing financial, technical and human resources due to austerity have created serious governance gaps. The Department for Environment, Food and Rural Affairs (Defra) has lost a third of its staff compared with 2007.

Another consequence of austerity was Defras ending in March of capital grants to local councils for cleaning up contaminated land sites, which the UN report said posed potentially serious health risks.

Tuncak warned that unless the UKs future green standards equalled those of the European Union, the UK could risk becoming a haven for dirty industries and a dumping ground for products failing to meet EU regulations.

Labour MP Mary Creagh, who chairs the environmental audit committee, said: It is vital the government passes a new environmental protection act as soon as possible to protect the lives and livelihoods of millions of people. Tuncak backs that call in his report.

The committee warned in January that Brexit could result in key environmental protections being left as ineffective zombie legislation. Creagh said the UN report highlighted the governments lack of clarity about the future of environmental issues after Brexit and how they will stop the UK from becoming a dumping ground for dirty industries and a haven for bad practice.

Tuncaks report also asks the UK government to reconsider national plans to increase reliance on nuclear energy, considering that long-term storage of nuclear waste is uncertain and poses significant risks to the population. He criticised the UKs cuts to legal aid and protection from legal costs which make it extremely challenging for victims of environmental harm to seek redress in the courts.

Let's start talking about reducing your costs and growing your profits. Step one is to let us know how we can help. END_OF_DOCUMENT_TOKEN_TO_BE_REPLACED