Republican efforts to blow up Obamacare may lead to a more leftwing alternative. This may one of the juiciest ironies of the Trump presidency 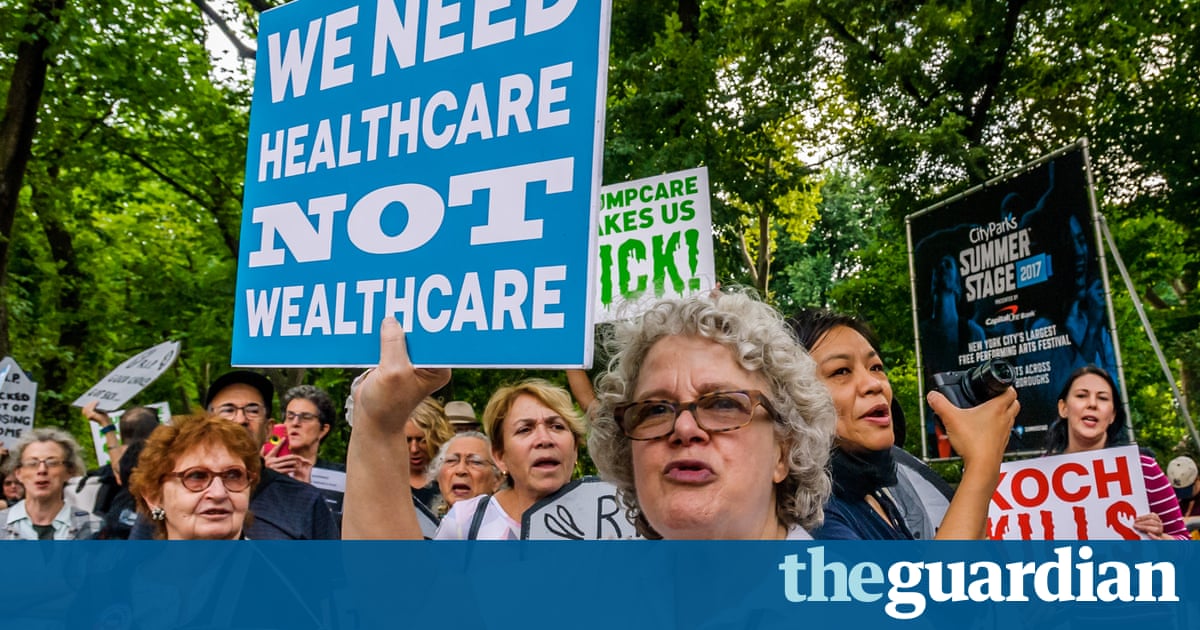 The determined push by Donald Trump and congressional Republicans to rollback Barack Obamas health care reform is radicalizing the Democratic party. The backlash is empowering the progressive wing of the party and forcing moderates to shift toward the left. When the Democrats are back in power and that day will come the change will be dramatic.

Obamas healthcare reform (known as Obamacare) followed the broad contours of Bill Clintons third way approach of offering government incentives to induce the private sector to do good. Obamacare aimed to expand private health insurance coverage by offering tax credits and creating an accessible online marketplace of quality health plans. It also cracked down on gaming by insurers who avoided the sick and on individuals who ducked insurance but still wanted all of us to pay for their medical care when they showed up in emergency rooms or in urgent care.

The elegant blueprint for Obamacares marketplaces has collided with a complex reality. Many consumers found the complexity of the online process off-putting and the deductibles and co-pays too high. The blueprint anticipated eager private sector partners; in reality, most of the countrys largest private insurers recoiled at the risk of Obamacare saddling them with substantial losses and pulled out, which inconvenienced tens of thousands of Americans.

The vast majority of states (including blue states) refused to implement the marketplaces and, where states did implement it, some, like Minnesota, found it difficult to work. Overall, enrollment reached 12 million in 2016 but fell short of the non-partisan Congressional Budget Offices expectations.

Obamacares limitations may well have been tackled overtime, if it was treated like earlier landmark social welfare programs. After all, social security and Medicare faced unexpected problems before Richard Nixon and Ronald Reagan led bipartisan efforts to stabilize them under the motto: build on what works, fix what doesnt.

But Obamacare was given the boot by Trump and congressional Republicans, incinerating the Democratic expectation that public/private partnerships would draw moderate Republicans to the fix it agenda. Although a few Republicans held back from supporting repeal, the shrunken Republican party middle did not hold under pressure from ultra-conservatives. The result: repeal passed repeal by one vote in the House and the Senate came within a single vote of approving it.

The Democratic Third Way also failed to attract business. The pullout of Obamacares marketplaces by most large insurers revealed the limits of public incentives in the face of Wall Street demands for strong profits and low uncertainty.

The strongest repudiation of the public/private approach comes from the most surprising source Republicans. Obamacares most governmental programs were accepted by the repeal legislation that Senate Republicans nearly passed embraced.

Senate majority leader Mitch McConnell agreed to let stand the expansion of Medicaid to 11 million Americans as well as the enormous new benefits in Medicares prescription drug benefit. Heres the irony: Democrats created Obamacares marketplaces as a fig leaf to Republicans who in turn targeted them by shrinking subsidies, undercutting protections for pre-existing medical conditions, and more.

The sobering reality of 2017 is propelling Democrats to shift toward a full-on government approach that does not rest on winning over the shrinking number of Republican moderates and business partners.

More cautious Democrats worry about the political hit from enormous new taxes and warnings to seniors about threats to a program they rely upon. Democratic moderates favor Medicare for More that would open the program to near retirees in their early 50s.

As Democrats joust over these two options, there will be broad agreement about expanding Medicaid to all states and improving the affordability of prescription drugs for non-retirees.

Republican efforts to blow up Obamacare may propel the expansion of government by convincing even moderate Democrats that truly liberal programs that visibly deliver new coverage and benefits are good politics and better policy.

This may one of the juiciest ironies of the Trump presidency.