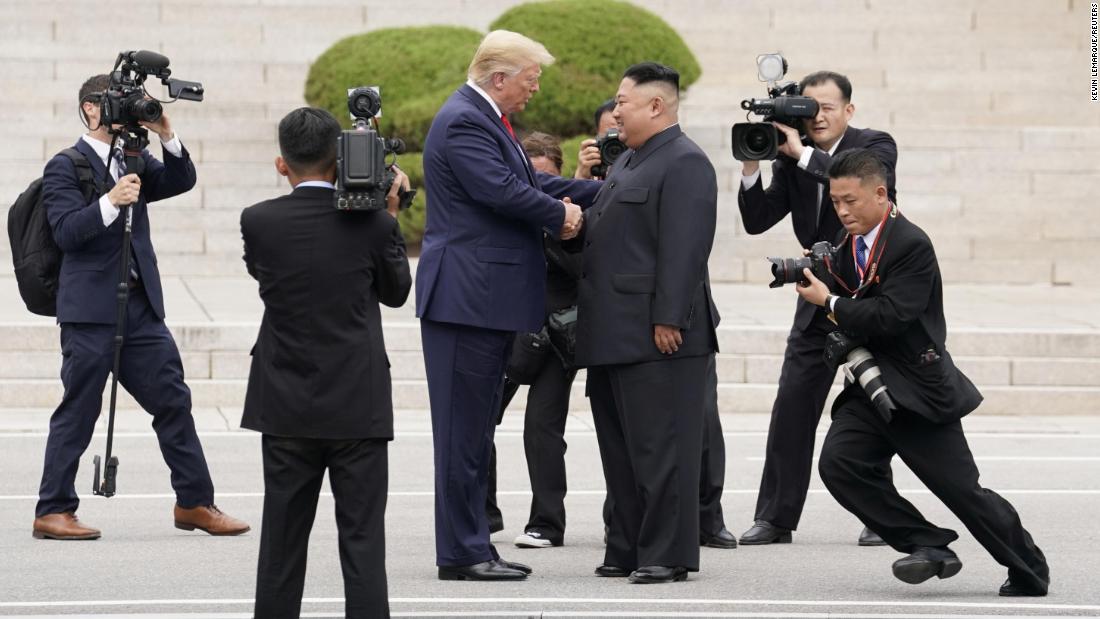 (CNN)All the world’s a personal political stage for President Donald Trump, who has just orchestrated the most eccentric 100 hours in the history of modern US diplomacy.

As the face of America abroad, Trump palled around with dictators, elevated his blood relatives over his foreign policy officials and staged a historically audacious photo op by walking onto the soil of America’s last Cold War rival North Korea in an episode that in the short term is likely to do more for his reelection hopes than global peace.
Trump’s weekend was a sign of how American foreign policy has now mostly become an expression of his unrestrained character, personal hunches, non-strategic instincts and sudden changes of mind. It revealed as never before how the new US approach to the world is often confusing and lacks internal coherence.
And it again showcased the President’s open admiration of global strongmen who squelch democracy, as he boasted of his great friendships with men such as Kim Jong Un, Russian President Vladimir Putin and Chinese President Xi Jinping.
Trump appeared highly satisfied with his work abroad, which showed how he has turned the US away from its traditional role as a force for global stability into an agent of unpredictability — a transformation Trump promised on the campaign trail in 2016.
“So many amazing things happened over the last three days. All, or at least most of those things, are great for the United States. Much was accomplished!” Trump wrote in a late night Sunday tweet after getting home to the White House. 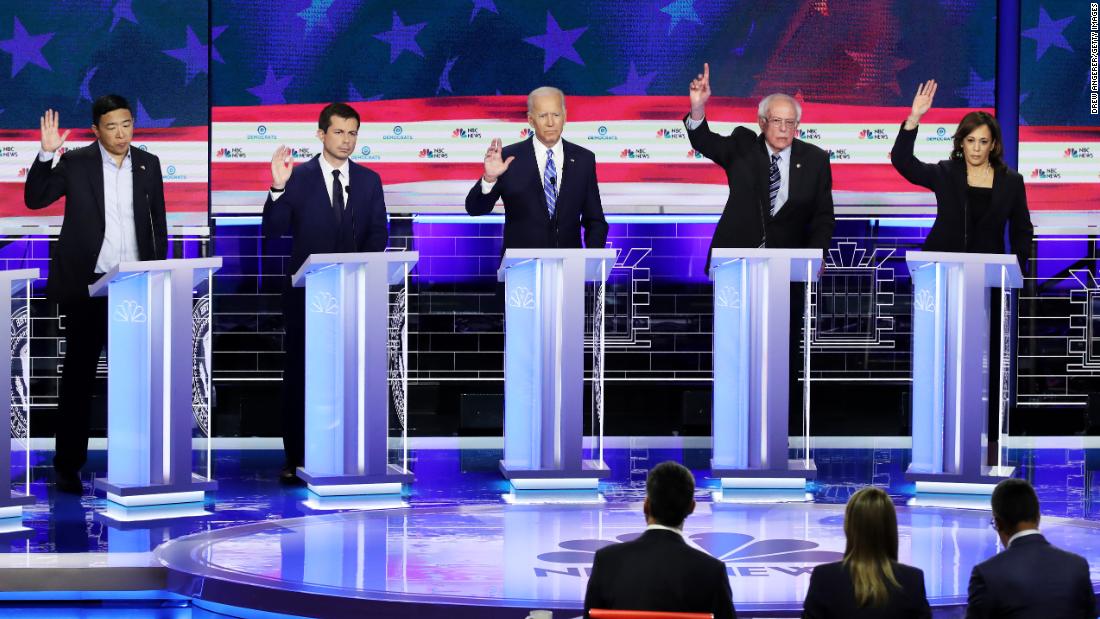 While foreign policy traditionalists and Trump’s critics are horrified about how he handles national security, the President’s behavior is often interpreted by supporters as evidence that someone is standing up for US interests overseas and that conventional approaches, which they blame for disadvantaging America, are being shattered.
On the policy side, The New York Times reported that the administration may be contemplating a deal to “freeze” North Korea’s nuclear program — a huge reversal that would mirror the Iran nuclear deal from which Trump withdrew. Tehran, meanwhile, is blaming his walkout for its decision to bust limits on the enrichment of low grade uranium imposed under the Obama-era agreement, further raising already alarming risks of a war.
Trump also backed down on his policy on the Chinese telecommunications giant Huawei — saying it did not represent a “great national emergency” — even though his team has spent months warning US allies not to use its technology in new 5G networks, citing the firm’s alleged links to Chinese intelligence. The move appeared designed to ease the trade war he started with Beijing — and boosted markets, always a politically appealing result for the President.
Many foreign policy experts believe the President cannot afford to go into the election with tariffs still causing pain for US consumers — and with Chinese retaliation targeting farmers into Midwestern states that form his political power base.
Trump’s personal diplomatic blitzkrieg is also an indication of how the President plans to use his position and huge global influence to boost his 2020 hopes by creating powerful political imagery that is quickly embraced by the conservative media machine at home as evidence of great strength and statesmanship.
On a weekend that shattered most remaining taboos of American foreign policy, Trump stepped into North Korea alongside Kim and proclaimed it a “great honor” to stand alongside one of the cruelest tyrants of the current age. American warnings about the North’s gross human rights abuses, political executions and concentration camps didn’t get a mention.
He hinted at his main motivation — making a media splash — in a tweet on Monday morning.
“It was great to call on Chairman Kim of North Korea to have our very well covered meeting. Good things can happen for all!” Trump wrote.
In other eye-opening moments at the G20 summit in Japan and in South Korea, Trump took potshots at the press while alongside Kim and Putin — ignoring murders of scores of journalists in Russia. Trump also mocked those who think he should defend US democracy by joking with Putin that he should not “meddle” in the 2020 election. It was just the latest occasion when the President has trampled the assessments of his own intelligence agencies about Russian interference in 2016 in front of the man who is accused of playing in the election to help him beat Hillary Clinton. 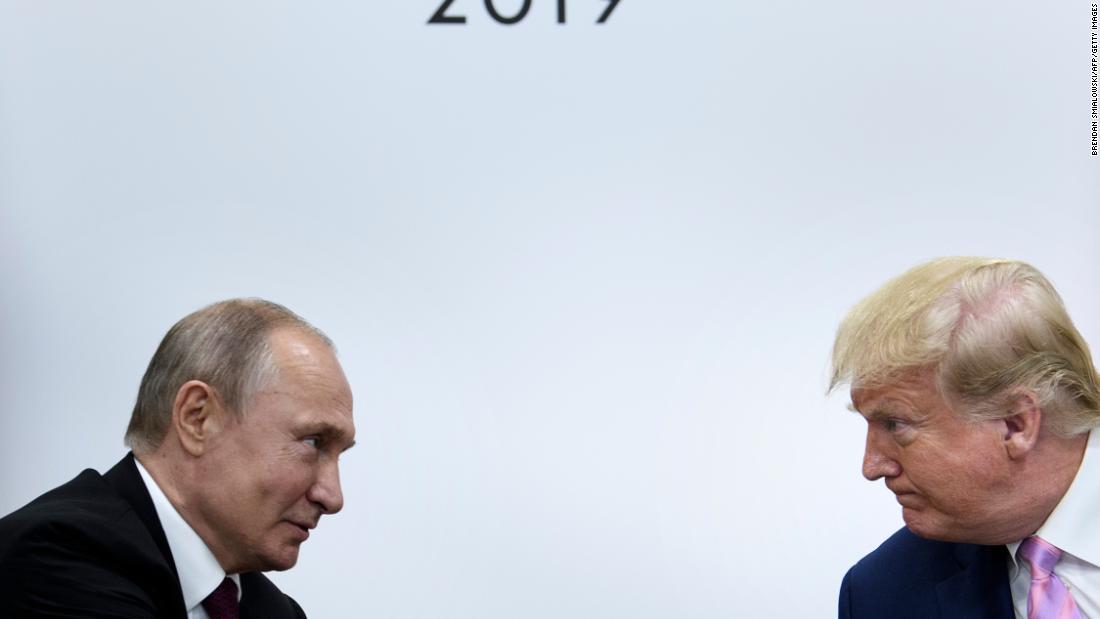 Putin’s crooked grin said everything about a man who has made damaging the West’s reputation and democratic institutions his life’s work after becoming embittered at the fall of the Soviet Union while a KGB officer in East Germany.
Trump led the rehabilitation of Saudi Crown Prince Mohammed bin Salman, saying it was a “great honor” to be with a “friend of mine” and refused to blame him for the murder of Washington Post columnist Jamal Khashoggi — ignoring assessments by the UN and his own intelligence agencies that the assassination was linked to the royal court.
The President’s daughter Ivanka Trump caused one of the biggest stirs of the President’s trip. Despite having no official diplomatic role beyond her efforts to elevate women in business, Trump nudged into photo ops and conversations with world leaders.
In one of the most startling episodes of the weekend, Ivanka Trump appeared in an official White House video to offer a readout of talks between the President and Indian Prime Minister Narendra Modi. Last week, Ivanka Trump’s husband Jared Kushner, who also has no previous foreign policy experience, was in Bahrain trying to sell the administration’s new peace plan — part of his vast and often mysterious foreign policy portfolio.
Both of them have been heavily criticized given that their foreign policy roles open them to accusations of blatant conflicts of interests given their wide business interests in the Middle East and Asia.
While Ivanka Trump was stealing the spotlight, some of Trump’s official aides took a back seat over the weekend, none more so than national security adviser John Bolton, who was in Mongolia rather than the Korean peninsula when the President met Kim and other North Korean officials who have objected to his hawkish line on negotiations with the North.
Speculation is rising in Washington over Bolton’s position — since two weeks ago the President also repudiated another of his hardline positions — by pulling back from a strike on Iran to avenge the shooting down of a US drone.