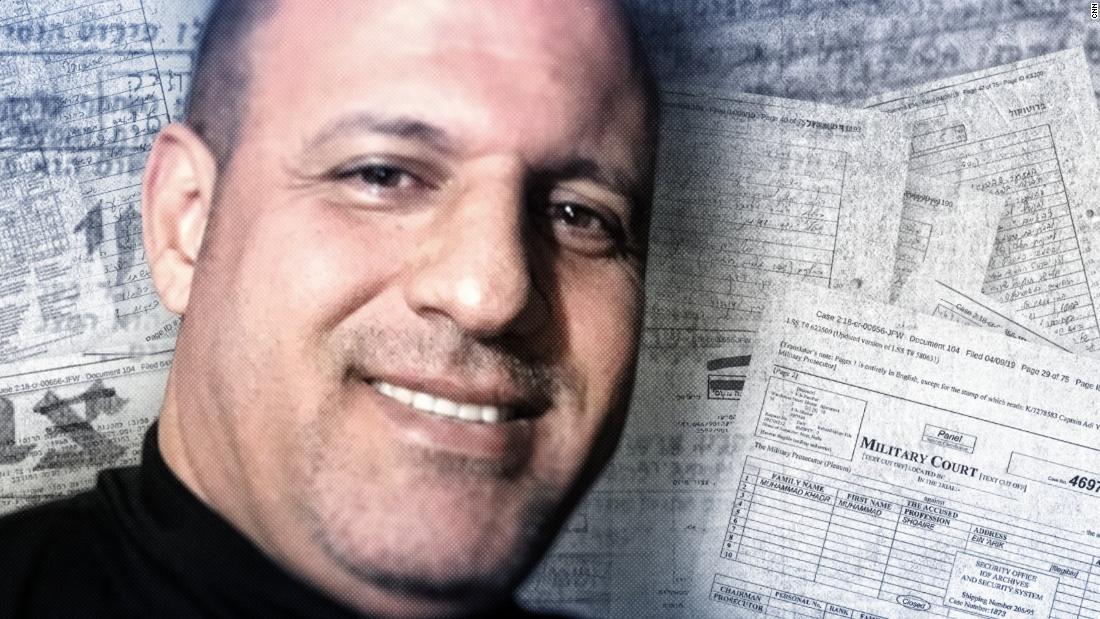 (CNN)A one-time Islamic jihadist who spent years in an Israeli prison for attempting to bomb a bus was granted US citizenship and allowed to remain in the country for nearly a decade as federal authorities investigated his background, CNN has learned.

Federal authorities have been aware since at least 2010 that Shqaire was arrested on a bombing-related charge in Israel and served time in prison. They’ve had fingerprint evidence conclusively linking him to the terrorist act, committed under the name Mahmad hadr Mahmad Shakir, since early 2016, according to federal court records.
“Somebody dropped the ball,” said Seamus Hughes, deputy director of the Program on Extremism at George Washington University.
Shqaire, 51, carried out the attack in Israel in 1988 “acting on the direction” of a cell of the Palestine Liberation Organization, at the time a terrorist group in the eyes of the US government, according to records filed in US District Court in Los Angeles.
Despite his conviction, which should have barred him from even entering the United States, much less becoming an American citizen, Shqaire’s application was approved and he took the oath of allegiance on November 6, 2008, in the waning days of the second George W. Bush administration, the records state.
He was charged in September with illegally obtaining his American citizenship by intentionally withholding his criminal record and past associations.
“By concealing his violent, terrorist conduct, defendant circumvented the procedures our immigration system depends upon,” prosecutors wrote in a sentencing memorandum.
Shqaire is currently free on bond and living in the Los Angeles area as he awaits his sentencing, scheduled for Friday. 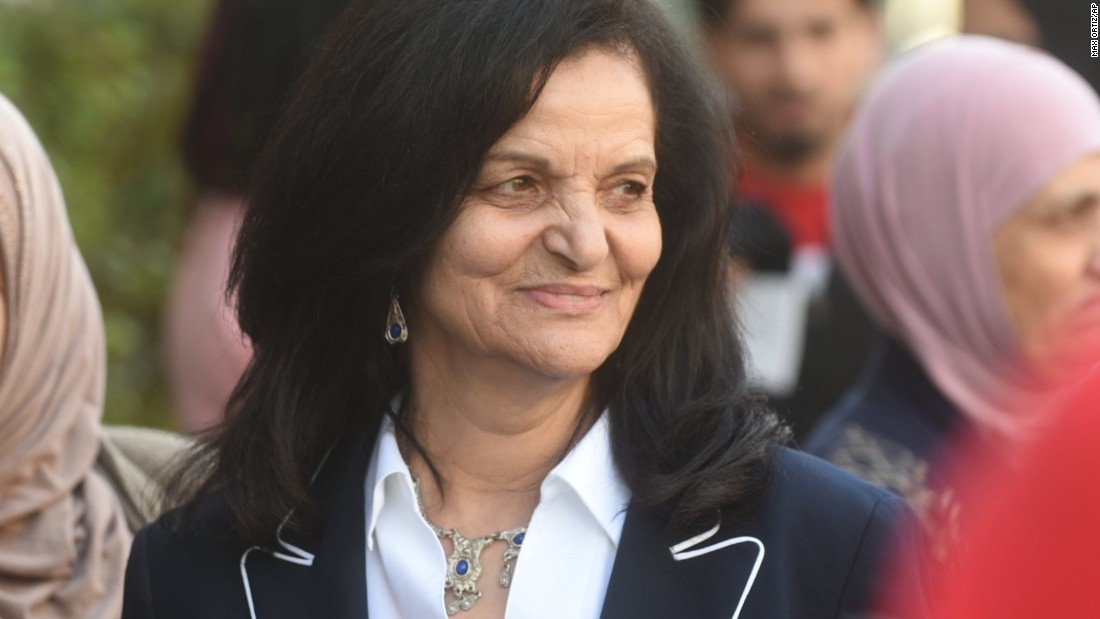 Shqaire’s case marks at least the second time a convicted terrorist has been made a US citizen after 9/11. Chicago-area resident Rasmieh Odeh pleaded guilty in 2017 to illegally obtaining her US citizenship by not disclosing her 1970 conviction in Israel for her role in a pair of bombings, one of which killed two people. Odeh, who became an American in 2004, has since been stripped of her citizenship and expelled from the country.
A spokesperson with US Citizenship and Immigration Services, an agency charged with combating immigration fraud and detecting national security threats, declined to answer detailed questions about the processing of Shqaire’s application, citing a policy against commenting on matters involving pending litigation.
In a written statement, the spokeswoman said, in part, that the agency’s current leadership “has enhanced the screening and vetting of those seeking immigration benefits to ensure they are eligible and do not pose a risk to national security.” 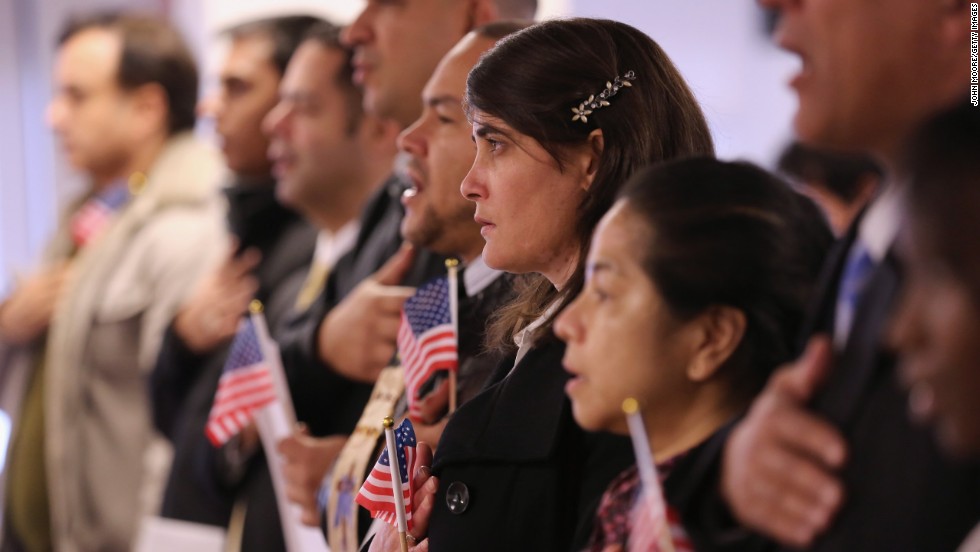 A former US immigration official who was engaged in the vetting process in 2008 told CNN that a mandatory background check that was in place at the time should have detected something as egregious as a terrorism conviction, whether or not an applicant disclosed it.
The official, who spoke on the condition of anonymity due to the politically charged nature of immigration issues, added, however, that the system is only as good as the information it draws from — some of it derived from foreign governments.
“Who knows whether this was in there,” he said.
Shqaire declined to be interviewed for this article. His attorney, Mark Werksman, said in a recent interview his client has worked as a parking valet in Southern California for years and is not a threat to anyone.
His lies to US immigration officials, Werksman said in a sentencing memorandum, were a misguided attempt to escape the chaos of the Middle East for “the comparative peace and freedom of life in America.”
“Mr. Shqaire wanted nothing more than to be an American and to contribute positively to American society,” the lawyer wrote.
Despite his client’s conviction, the case is an embarrassment for the government, said Werksman, a former federal prosecutor in Los Angeles.
“On paper, my client is a very bad guy,” he told CNN. “So, the question is: How did this happen?”
The voluminous file on Shqaire in Los Angeles federal court spans decades and continents. There are references to the Six-Day War between Israel and its neighbors in 1967, the Palestinian uprising known as the first intifada that began two decades later, and claims of harsh interrogation techniques and coerced confessions.
Shqaire, a Palestinian-born Jordanian, says his family of 13 ended up in a refugee camp following the war among Israel, Egypt, Jordan and Syria. As a young man in the 1980s, he was recruited by the PLO and became a violent operative in its “Shabeba” cell, according to confessions obtained by Israeli military officials.
Shqaire underwent training with rifles and grenades and learned how to build bombs, the records state. He discussed the possible assassination of an Israeli intelligence officer and participated in the beatings of fellow Palestinians suspected of collaborating with the Israelis, including an incident in which a man was stabbed, according to the records.
In December of 1988, the records state, Shqaire and an accomplice built a pipe bomb. The accomplice placed it along the route of an Israeli bus. Shqaire served as a lookout and told the other man when the bus was in range. The bomb exploded, but no one was injured. The documents offer no explanation for the lack of injuries, despite the bomb detonating.
Shqaire would say decades later that his confessions were the result of coercive interrogations and threats by members of the Israel Defense Forces. He claimed he was beaten, subjected to showers that were either scalding or freezing and housed for “many weeks” in a dark cell that was so small, “I was unable to even stretch my legs or stand up.”
He also accused Israeli authorities of repeatedly arresting his father as a means of intimidation, mistakenly shooting his brother in the belief that it was him, and of ousting his family from their home and sealing it shut with cement.
US prosecutors wrote in a court filing that “such allegations are not supported by the certified court records Israel provided.” Nonetheless, prosecutors said they are not relying on Shqaire’s purported confessions to the Israelis as part of their case against him.
Shqaire was sentenced to 10 years in prison in Israel in 1991 for, among other things, placing a bomb “with the intent to cause death or harm.” A military appeals court later reduced the sentence to seven years. Shqaire was released after serving just four years following the 1993 Oslo peace accords and subsequent agreements.
He first came to the United States on a visitor’s visa in 1999, records show.
That same year, he got married to a US citizen in a so-called green card marriage. He paid his bride, whom he first met on their wedding day, $500, the woman would later tell federal investigators. 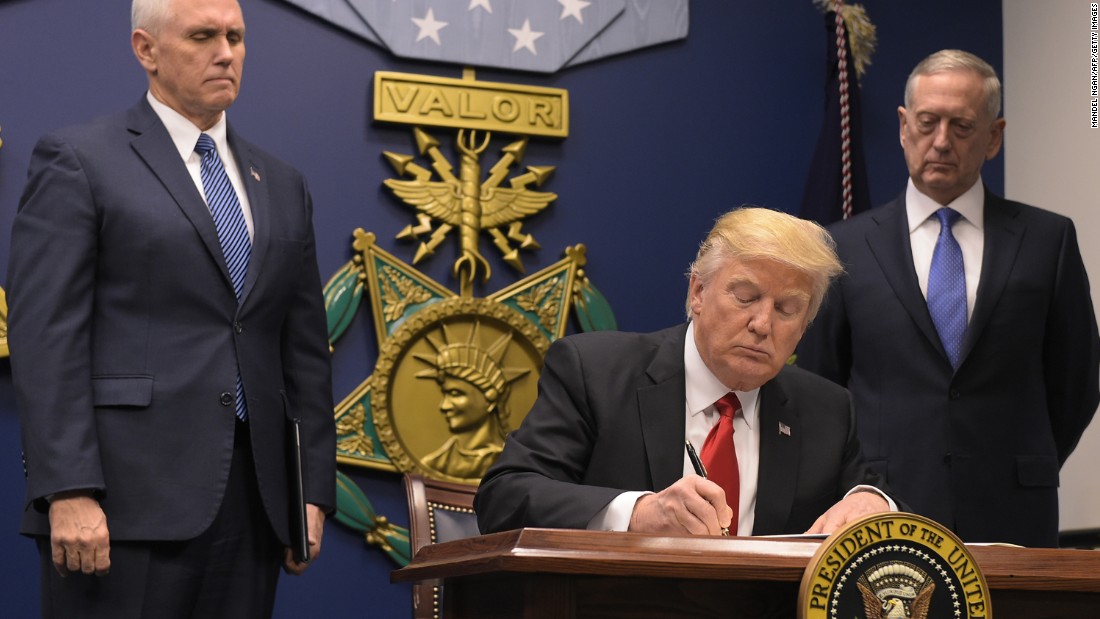 Trump: We don’t want them here

His attempt to obtain a green card through the marriage failed when it ended in divorce in 2002. But Shqaire married a second time later that same year. This time the union lasted longer, and he was able to apply for and receive status as a legal permanent resident. Throughout the process, he indicated he’d never been arrested and was not a member of any group, according to records.
In 2008, in the final stage of his pursuit of US citizenship, he was questioned under oath by an immigration officer in Los Angeles. He again omitted his past conviction and ties to the PLO.
The US immigration officer who handled Shqaire’s application said she relied on him to “provide complete and truthful answers” about his criminal past and associations, according to court records. Had he done so, the records state, she would have requested further documentation.
Instead, she approved his application.
Two years later, Shqaire came onto the radar of US terrorism investigators, according to documents and interviews. He was questioned about repeated money transfers to the Palestinian city of Ramallah and was characterized in court records as a “subject of interest” to the Joint Terrorism Task Force in Los Angeles in 2011.
Shqaire was never charged in connection with the money transfers, but he was convicted of grand theft in 2011 for his involvement in a credit card fraud scheme. He was given a suspended sentence of five years in state prison and spent four months in county jail, records show. He was also placed on probation for five years.
Werksman, Shqaire’s attorney, said in a recent interview that his client had been maxing out credit cards to get a new business off the ground, and that the money being sent overseas was merely to assist family, not for anything nefarious.
While being questioned in 2010, Shqaire acknowledged having been “arrested and incarcerated in Israel on two different occasions,” according to documents recounting the interview. But prosecutors say he falsely told investigators at the time that he was arrested for taking part in demonstrations, not terrorism.
“He stated that he was young and stupid at the time but was influenced by seeing innocent Palestinian men, women, and children injured or killed by Israelis,” according to court documents. “Shqaire claimed he would have never participated in events if he knew the consequences.” He said he did not recall whether he’d disclosed his arrests to US immigration officials, the documents state.
For years, federal authorities continued working behind the scenes to unearth Shqaire’s past.
By 2013, they’d obtained certified Israeli court documents related to his conviction and submitted to them to Hebrew language specialists for translation to English. The translated documents were then provided to Department of Homeland Security agents and federal prosecutors “on a rolling basis” over time.
In February 2016 a forensic expert with the Department of Homeland Security was able to match Shqaire’s prints from his 2010 arrest in California with those from his 1990 arrest in Israel under the name Mahmad Hadr Mahmad Shakir.
Finally, in October of last year, agents armed with a search warrant raided Shqaires’ apartment south of Los Angeles, and he was arrested and charged with unlawful procurement of US citizenship.
In January he entered into a plea agreement subjecting him to the possibility of prison time, and agreeing to the loss of his citizenship and removal from the country.
Werksman is seeking a sentence of probation, arguing that Shqaire relinquishing his cherished US citizenship and being expelled from the country “will serve as a reminder of his mistake for the rest of his life.”
The lawyer submitted letters from several of Shqaire’s friends who described him as a kind-hearted, generous role model and mentor. He was a guy, as one former boss put it, “who just wants to live his life, ride his bike, go to the beach, not bother anybody.”
A younger co-worker recalled Shqaire, whom he referred to by the nickname “Moe,” as someone who routinely bought food for the homeless and whose good deeds have “a domino effect where he influences others in a positive way.”
“The Moe you see today,” Joseph Sandoval wrote to the judge, “should not be judged the same as the Moe from many years ago.”
Though Shqaire’s offense is a relatively minor one when it comes to federal sentencing guidelines, prosecutors asked the judge to put him behind bars for 16 months for what they referred to as his “attack on our immigration system.”