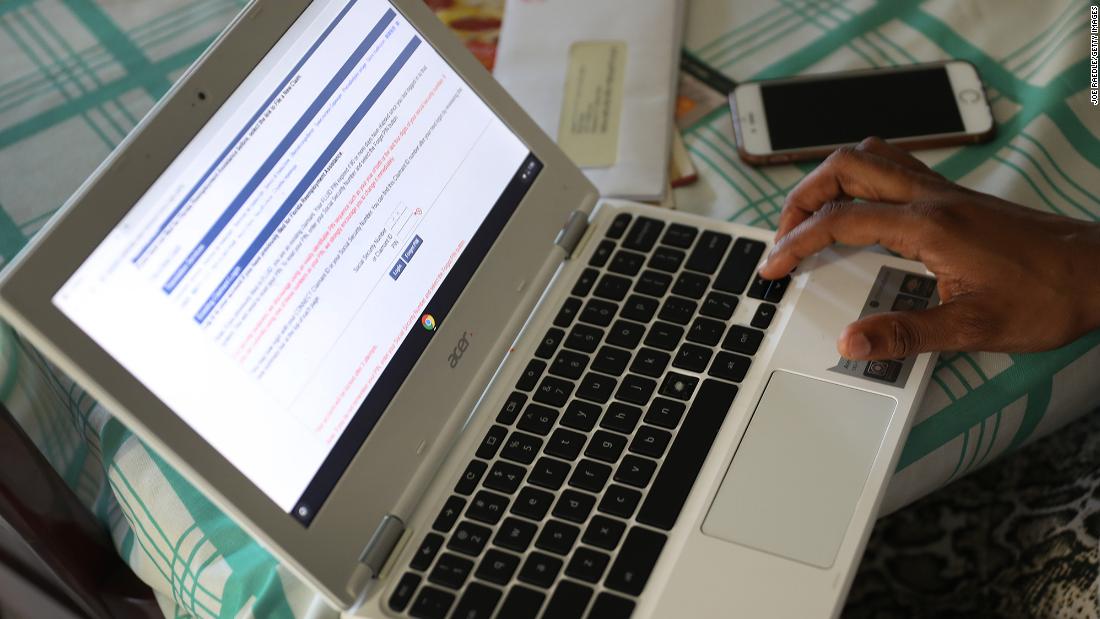 New York (CNN Business)Meg Atteberry had been gearing up for her work’s busy season.

“Right now, there are no new projects … I’m making about 20% of my normal income, which is obviously really difficult,” Atteberry said.
The situation has left her scrambling to get financial assistance through the CARES Act lawmakers passed last month, but accessing that aid has proven difficult.
“I feel like I’m in a really terrible lottery,” she said. “I want to put food on my table, I want to pay a very large sum of bills.”
Across the country, many other freelancers, independent contractors and self-employed people saw their finances take a hit by coronavirus, with lost gigs, fewer projects and canceled speaking events — and now they’re struggling to access government aid.
The percentage of workers in “alternative” working arrangements, such as food delivery drivers and other independent contractors, has risen dramatically over the past decade. The CARES Act extends to such workers unemployment benefits for which they are not usually eligible and enables independent contractors and sole proprietors to apply for business aid through the Paycheck Protection Program.
But in seeking access to those benefits, some freelancers say they’ve encountered a system that did not seem set up to handle applications for self-employed people. Many states are still working to retool their technology systems to process such workers’ claims, and there are lingering questions about eligibility. In the meantime, workers say they’re worried about when — and if — the money will come through.

Gig workers who file taxes using 1099 forms are typically not eligible for unemployment benefits, so for many it was a relief when lawmakers expanded access to benefits amid the coronavirus pandemic. But applying for and receiving those benefits is still a ways off for most.
In Colorado, where Atteberry lives, the state unemployment office has yet to open up applications for self-employed people.
“We are still programming our systems to begin accepting claims for workers who are eligible for benefits related to the CARES Act, including those who are self-employed,” the Colorado Department of Labor and Unemployment said in an April 12 statement on its website. “Benefits will be retroactive and eligible claimants will not lose benefits while you wait to file a claim. We appreciate your understanding.”
Elsewhere, self-employed workers have been able to file unemployment benefits claims but have faced other challenges.
Bradley Madsen, a freelance musician in New Jersey, said he applied for unemployment within 24 hours of the CARES Act passing. Weeks later, he said his application is still listed as “pending.”
“They have not moved it forward. When I called, I finally got someone on the phone and they said nothing could be done until it was moved past that,” Madsen said.
All of the gigs Madsen had scheduled through the end of May have been canceled because of coronavirus. Now, as his family tries to survive on his wife’s income alone, he’s worried he will have to dip into savings that he’d intended to reinvest in his business.
“It’s taken several years to build up that capital to be able to make those investments,” he said. “It’s stuff that I don’t want to touch if I can avoid it, but I don’t know how long I can avoid it.”
In California, Stephany Wilkes, a writer and consultant in the textile industry, also created an account on the state’s unemployment site last week, but found the process confusing.
Whereas full time workers’ earnings are filed with the state by their employers, Wilkes said that as a self-employed worker, it was difficult to quantify and explain in a small form field just how much of her work had been lost.
“There’s no place to communicate: This is the money I would have earned,” Wilkes said, adding that the form still seemed geared toward W2 workers, not freelancers. The California form she filled out, for example, does not ask whether the applicant is self-employed until near the end of the form, after it requests information on previous employers and wages. 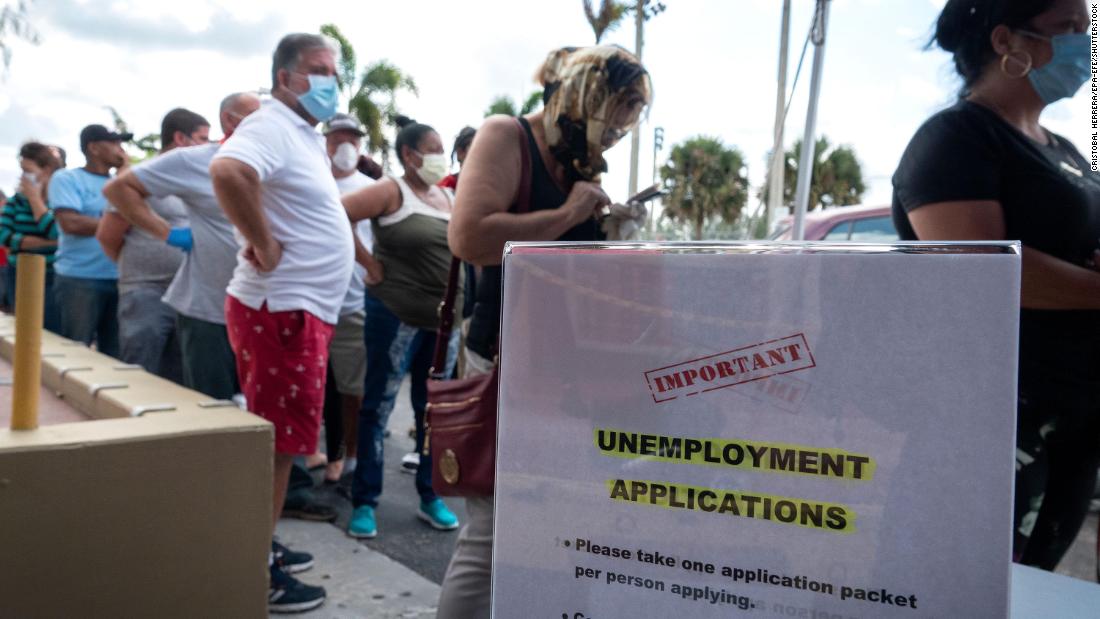 California says it will take time to build and staff “this complex new program” that “likely rivals” the size of its current unemployment benefits system.
In addition to rolling out a new program, many states are likely overwhelmed by the number of unemployment claims they’re receiving. First-time claims for unemployment benefits surged more than 3,000% from early March. About 16.8 million American workers, comprising about 11% of the US labor force, filed initial claims for jobless benefits last month.

Other avenues for help

Theoretically, self-employed workers could have more access to coronavirus-related financial assistance than other full-time workers who are laid off or furloughed from their jobs. Many are applying for both unemployment benefits and Economic Injury Disaster or Payment Protection Program loans from the Small Business Administration.
But accessing those benefits has also proven difficult.
Jane Richards, a sole-proprietor public relations consultant in California, sought to apply for SBA aid after losing about 30% of her business amid the pandemic and fearing she’d soon lose more.
But she was ineligible to apply at her primary bank, which is only accepting applications from people with business accounts or credit cards, something she hasn’t needed as a freelancer.
“I don’t have a payroll, so I haven’t had to think about (having a business account),” Richards said. “It’s just me. But it seems like I’m the exact type of person that this was made to help. I’ve just, at this point, given up. I don’t think I’m going to be able to get it.”
There have also been long wait times and overwhelmed systems at the SBA and banks that are facilitating the business aid loan programs.
Madsen said he applied for the Economic Injury Disaster Loan, and called the SBA a week later to check on the progress of his application. When he got on the line, he found himself in a queue of around 1,900 callers. After nearly an hour and a half of waiting, he finally got someone on the phone.
“They said it was processing and they said I would get an email once they had processed it and decided whether I was going to get something or not,” Madsen said. “So, yeah, I’m still sitting here.”
In the meantime, workers say they’re spending time trying to understand the various avenues for assistance that could otherwise be used to find new work.
“You have to do so much research before you even know if it’s right,” Wilkes said. “Maybe it turns out to be something you don’t need, or that it’s not worth your trouble to apply for. But the amount of reading and research and forms you have to go through before you can even make that choice is hard.”