Amazon.com Inc. spent its first day as the owner of a brick-and-mortar grocery chain cutting prices at Whole Foods Market as much as 43 percent.

In a sign of how the retailer is changing, the Amazon Echo, a voice-activated electronic assistant, was also for sale, for $99.99 – a sharp pivot into electronics for a company known for kale and quinoa. The Echo Dot, a smaller version, was advertised for $44.99.

The tech giant’s $13.7 billion purchase of Whole Foods has sent shock waves through the already changing $800 billion supermarket industry. The wedding between Amazon and the upscale grocery promises to upend the way customers shop for groceries. Cutting prices at the chain with such an entrenched reputation for high cost that its nickname is Whole Paycheck is a sign that Amazon is serious about taking on competitors such as Wal-Mart Stores Inc., Kroger Co. and Costco Wholesale Corp. 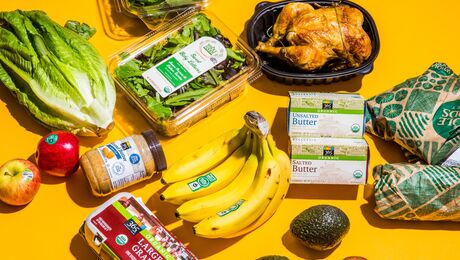 At the store on East 57th Street in Manhattan, organic fuji apples were marked down to $1.99 a pound from $3.49 a pound; organic avocados went to $1.99 each from $2.79; organic rotisserie chicken fell to $9.99 each from $13.99, and the price of some bananas was slashed to 49 cents per pound from 79 cents. The marked-down items had orange signs reading “Whole Foods + Amazon.” The signs listed the old price, the new price and “More to come.”

Discounts were comparable at other Whole Foods stores in San Francisco and Seattle. Amazon declined to comment.

For more on Amazon, check out the podcast:

“I usually buy my staples like toilet paper and paper towels at Target and Safeway,” Oshiro said. “If I see the lower prices at Whole Foods, I would start buying those basics here.”

Katie Bennett, 24, was one of many customers who said she hoped Amazon would offer delivery of Whole Foods items. She picked out a rotisserie-cooked half chicken for lunch at the New York store.

“Last time I came in, I was thinking about getting the rotisserie chicken, but it was too expensive,” she said.

Some rivals have already reacted to the kickoff of what could become a new era of selling food in the U.S.

Wal-Mart, the world’s biggest retailer, has already invested billions into lowering prices across the board over the past year or so, and has revamped the produce section at its U.S stores, improving sight lines, adding more fresh-cut fruits and even creating a sweeter bespoke cantaloupe. That, along with an aggressive rollout of curbside grocery order pickup, helped the company record its best food sales growth in five years in its most recent quarter.

Costco, meanwhile, has a full slate of organic items that are priced about 30 percent cheaper than the same products at Whole Foods, according to Sanford Bernstein. It’s able to price lower thanks to a business model that charges membership fees, focuses on selling a limited assortment of bulk-sized goods and features a treasure-hunt experience in the stores. 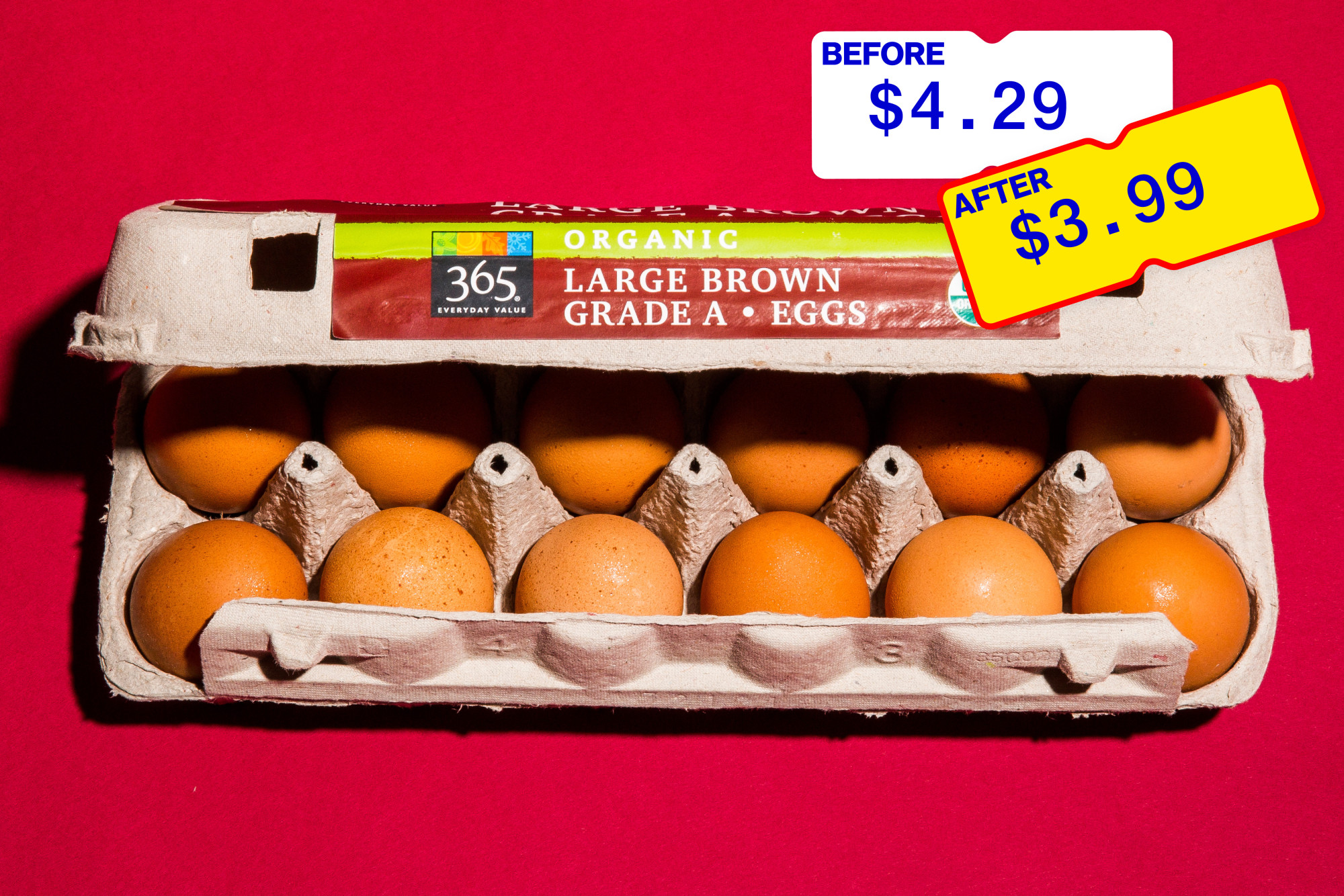 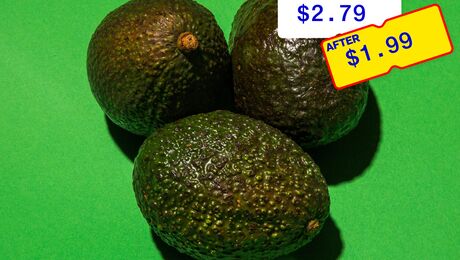 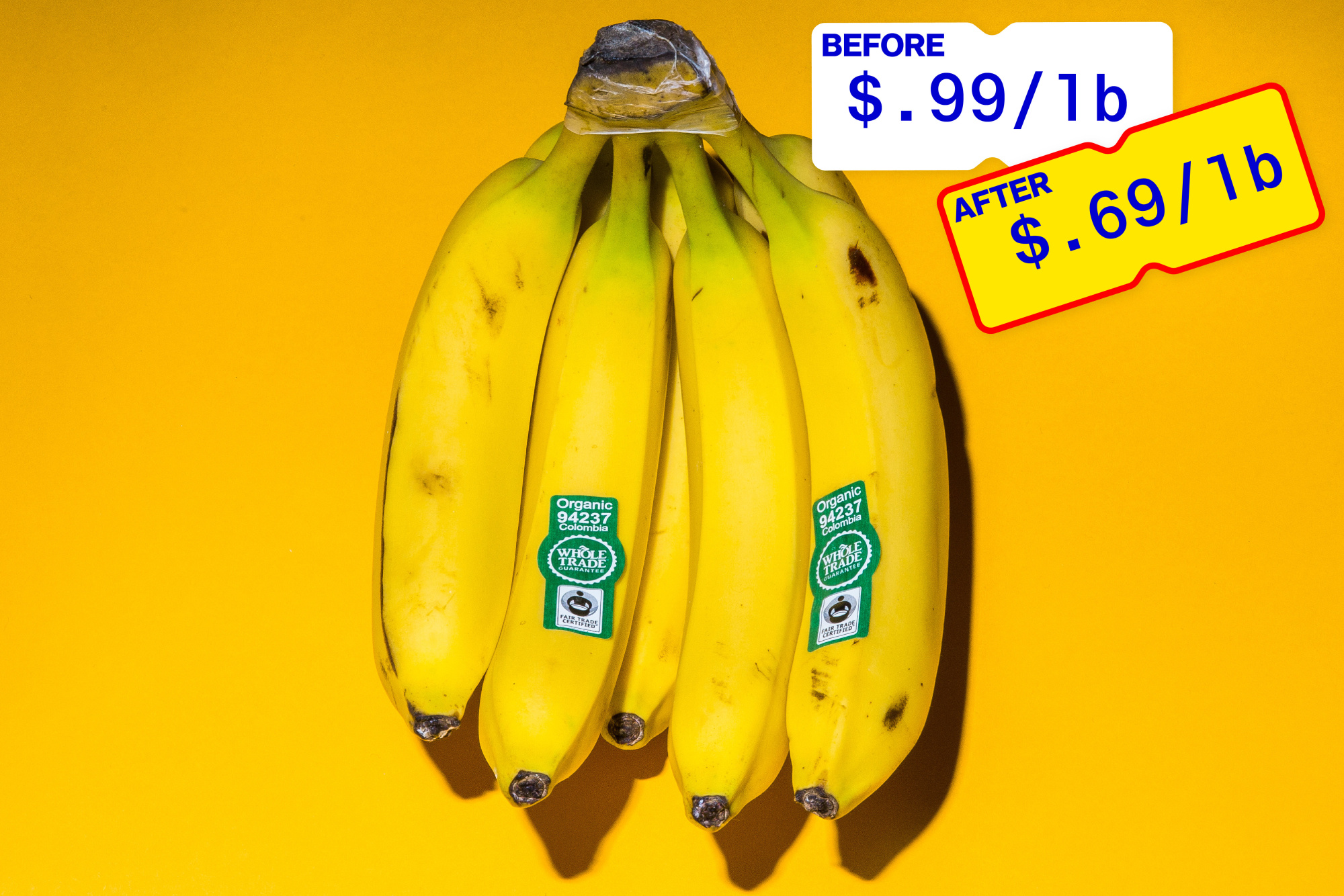 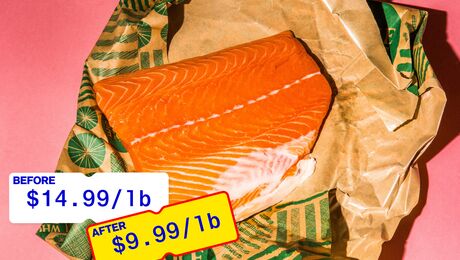 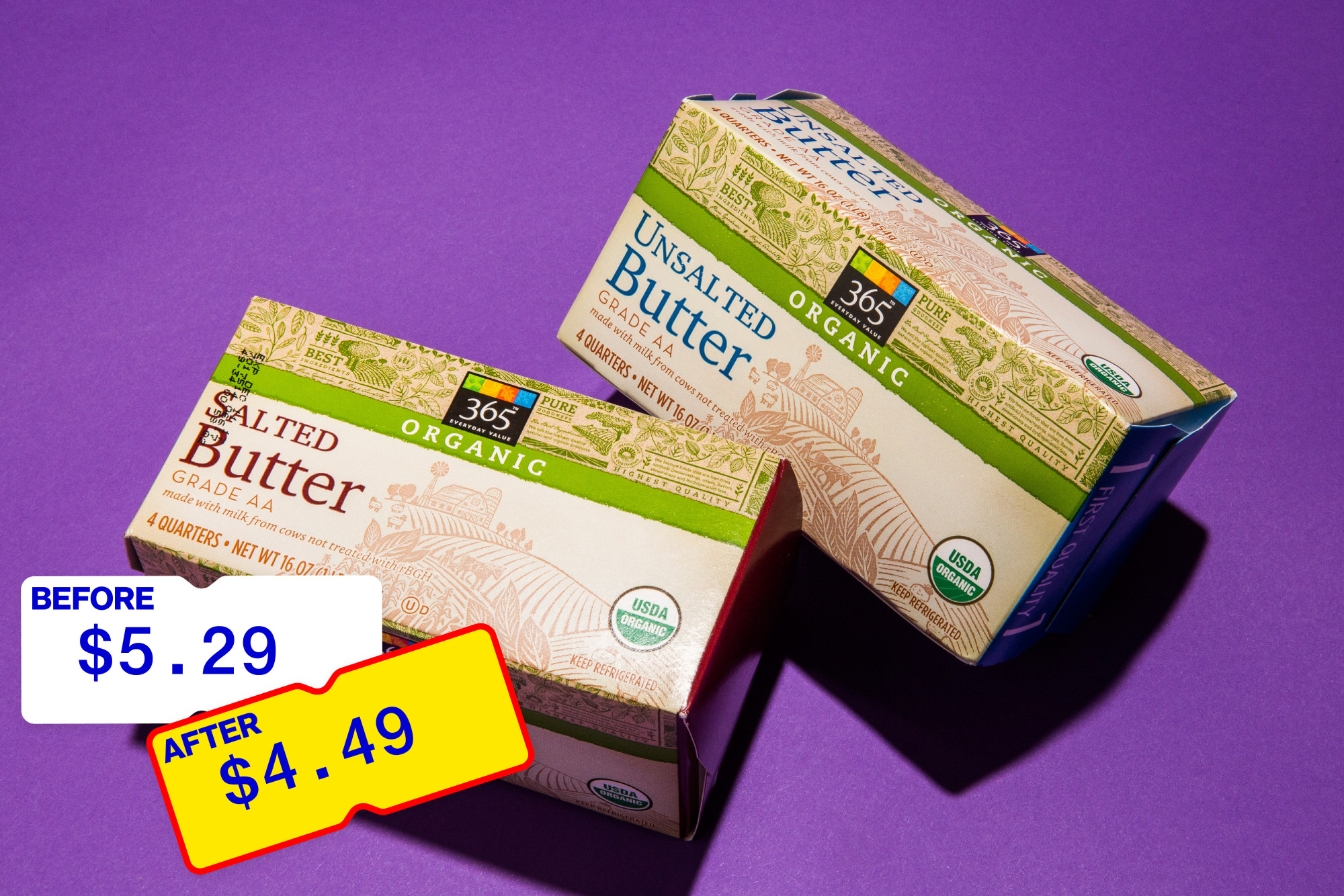 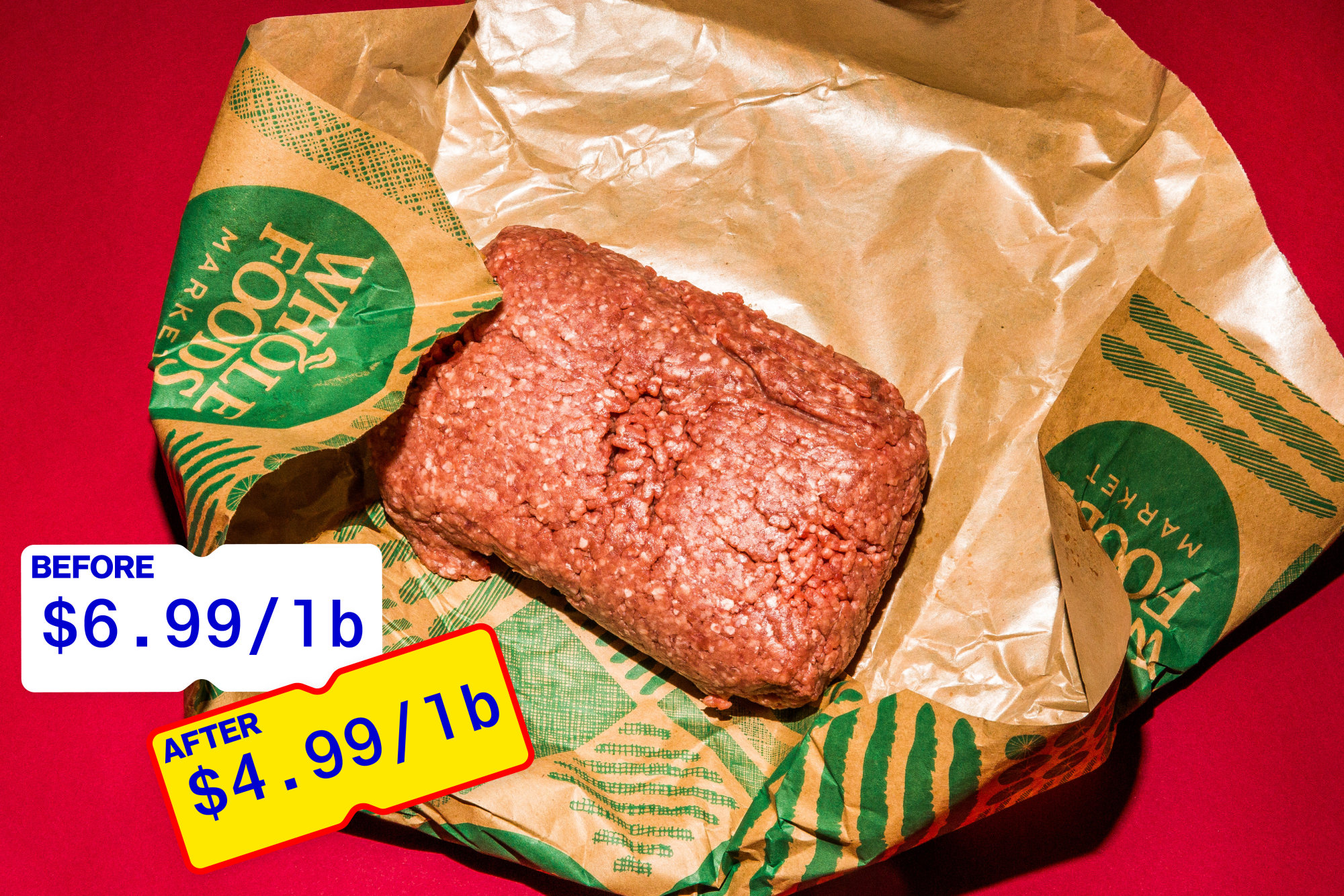 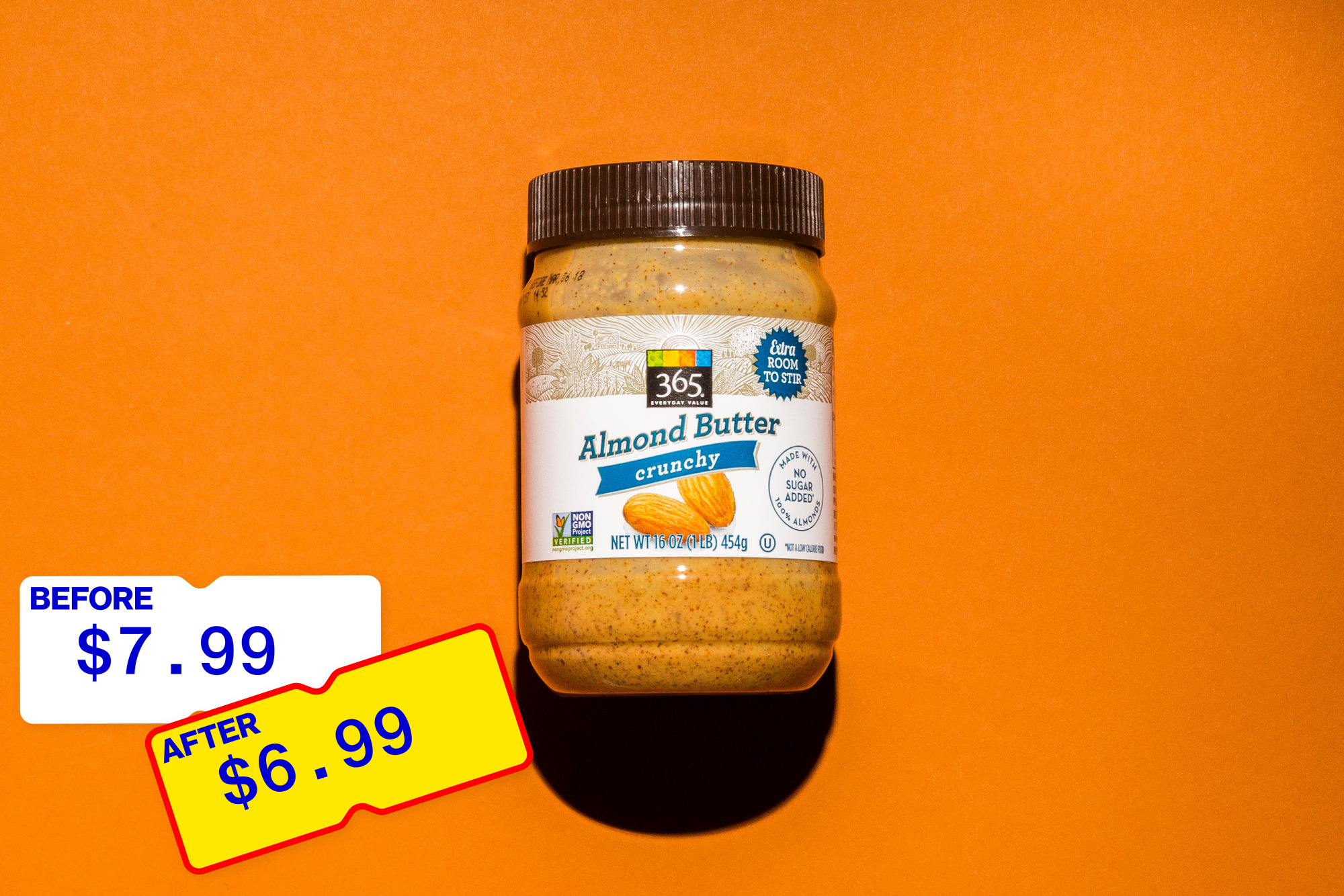 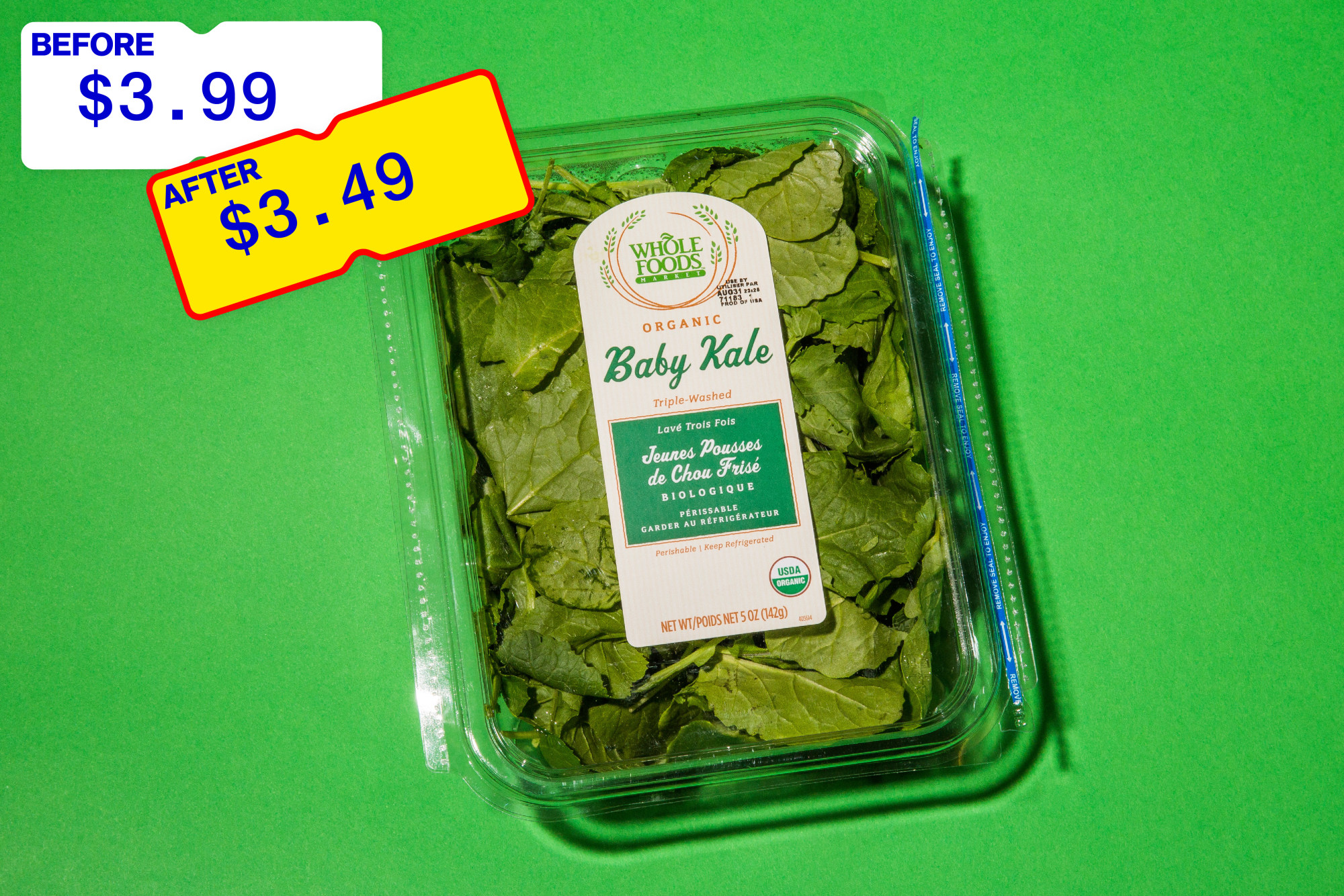 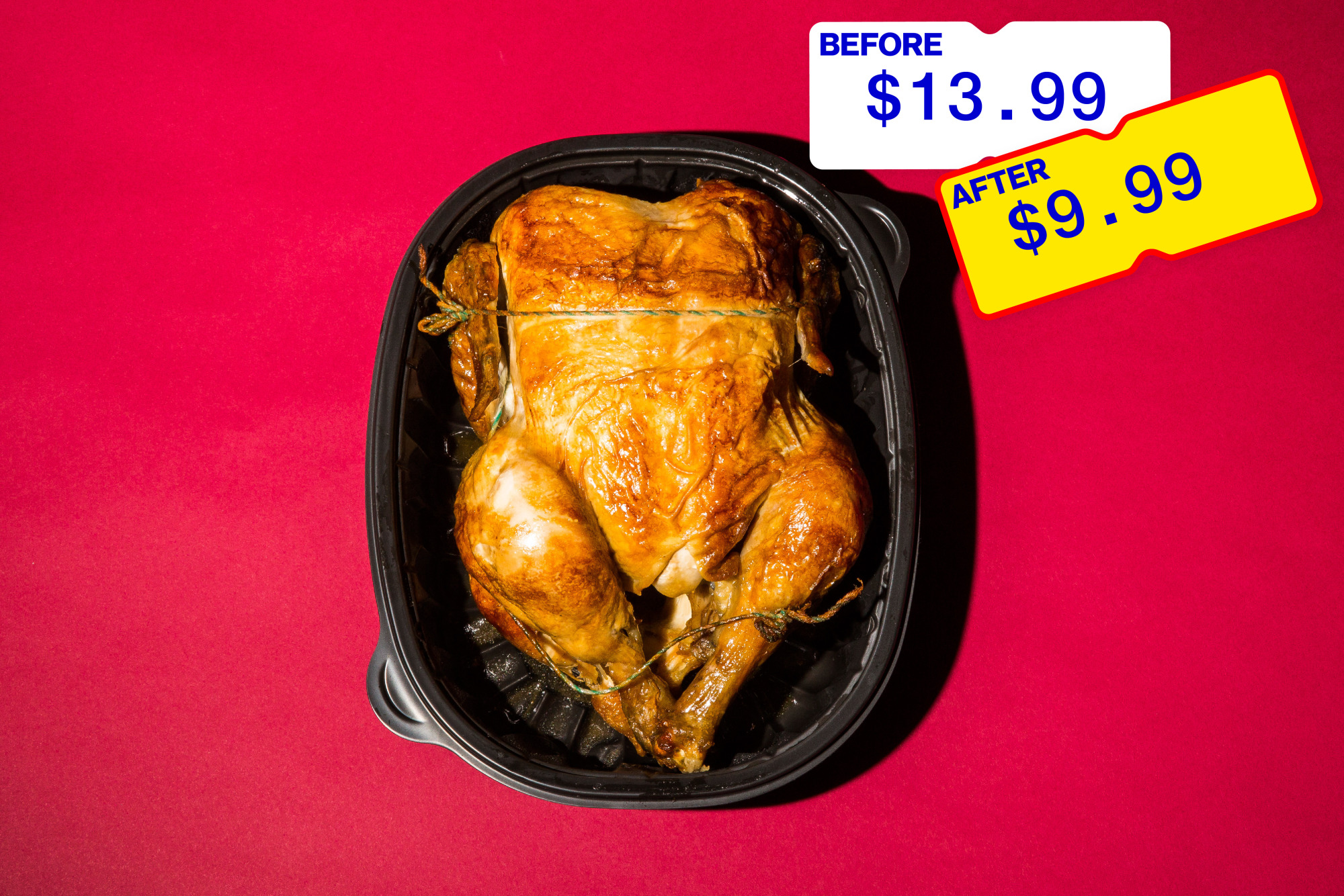 Maarten van Tartwijk, a spokesman for Ahold Delhaize, the Dutch retailer that owns the Stop & Shop chain in the U.S., said the company has invested heavily in its online operation. And Germany-based retailers Aldi Stores Ltd. and Lidl, touting lower prices, continue to expand in the U.S.

“We have the human connection, assets, scale and expertise to win with customers and we are leveraging our deep expertise in data to provide value and build loyalty — so we can continue to serve customers anything, anytime and anywhere,” Kroger spokeswoman Kristal Howard said by email Friday.

After falling 37 percent this year on disappointing sales and investor concern over the Amazon-Whole Foods union, Kroger stayed essentially unchanged on Monday in New York.

Sprouts Farmers Market Inc., an upscale grocer that competes with Whole Foods and is cited by analysts as a possible consolidation target, decreased about 10 percent. Shares of Wal-Mart fell 0.8 percent and Target Corp. was down about 1 percent. Costco increased less than 1 percent. Amazon shares rose 0.08 percent.

“Goodbye, Whole Foods as we know it,” Karen Short, an analyst at Barclays Capital Inc. in New York, said in a note. “The conventional supermarket has not evolved much in decades. But Amazon will likely drive drastically different shopping behavior in grocery. The survival of the fittest has begun.”